Netflix is a media service provider and production company that was founded in 1997 by Reed Hastings and Marc Randolph. The two started off by selling and renting out DVD’s in 1998 with a due date which they did by mail. Just one year later Netflix debuts a subscription service, offering unlimited DVD rentals for one monthly price.

They got their initial customers through word of mouth. Netflix provided a unique product that kept people coming back for more. At that time, getting a DVD player was no challenge but getting a DVD was, as they were really costly at that time. But DVD was not as heavy as VHS, so mailing it through US Postal Service was not an expensive thing to do ($4 per rental plus $2  postage). Thats how they went with DVDs instead of with VHS. 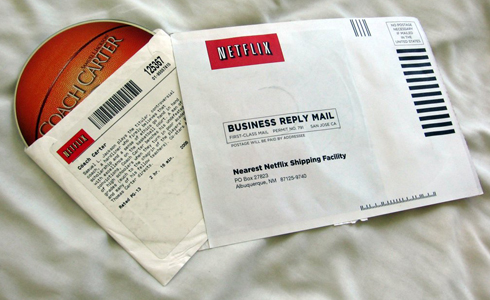 The business was doing good because their competitors had not yet caught up with the  trend.  There was a short period of time when Netflix was the only company renting DVDs. Those were the early days of DVDs, when everyone else was still renting VHS cassettes.

The flexibility of the company enabled it to transition with ease from one business model to another. It moved from renting DVD’s via mail to being an online platform where people could get access to the best content regardless of their location. In 1999, they decided to change to the subscription model and to their surprise it worked perfectly. What they got from the subscription fees contributed greatly to the growth of their revenues.

In 2000, Blockbuster had an offer from Hastings on their table, Hastings wanted to sell Netflix for $50 million to their biggest competitor but they declined the offer,several times. Blockbuster refused to innovate and change until it was too late.  By October 2007 Netflix got more users because people were able to stream movies and other TV programs online. Netflix has been able to expand its operations and provide its product worldwide. There are only a few countries which have limited access to this platform. Netflix has over 158 million  paid users.